The Hub on Causeway Grand Opening

Boston Mayor Martin J. Walsh joined the leadership of Delaware North and Boston Properties today to celebrate the grand opening of The Hub On Causeway, a transformative transit-oriented development on the site of the former Boston Garden on Causeway Street. Delaware North and Boston Properties formed a partnership to develop over 1.5 million square feet of mixed-use retail, office, hotel, residential and an expansion of TD Garden on the 2.5-acre site. This significant investment in development brings substantial improvements to North Station, transforms the area into a revitalized destination and provides major economic impact for the neighborhood.

“We are incredibly proud to open the second phase of The Hub on Causeway,” said Charlie Jacobs, CEO of Delaware North’s Boston Holdings. “What we see before us today is exactly the kind of transit-oriented development that we always envisioned for this area. I would like to thank all partners involved for their commitment to this project and I look forward to seeing the third and final phase through to the finish line.”

“Boston Properties is proud to celebrate the opening of The Hub on Causeway, which has solidified this neighborhood as the entertainment and creative district for the City of Boston,” said Bryan Koop, Executive Vice President for Boston Properties. “The Hub combines the best of Boston’s sports, dining and live music as well as provides jobs and housing at the Northern gateway to the city. We are thankful for the City of Boston’s continued support of our vision to create an urban village at The Hub.”

"North Station and TD Garden are some of the most iconic places in Boston, and today marks an important milestone in completing The Hub on Causeway," said Mayor Martin J. Walsh. "I'm proud that the City of Boston is making powerful investments in this neighborhood, from Connect Historic Boston, to rebuilding the North Washington Street Bridge, to a new park on the north end of the Greenway. The Hub on Causeway is an anchor for investment and growth, and shows what we can accomplish when we work together." 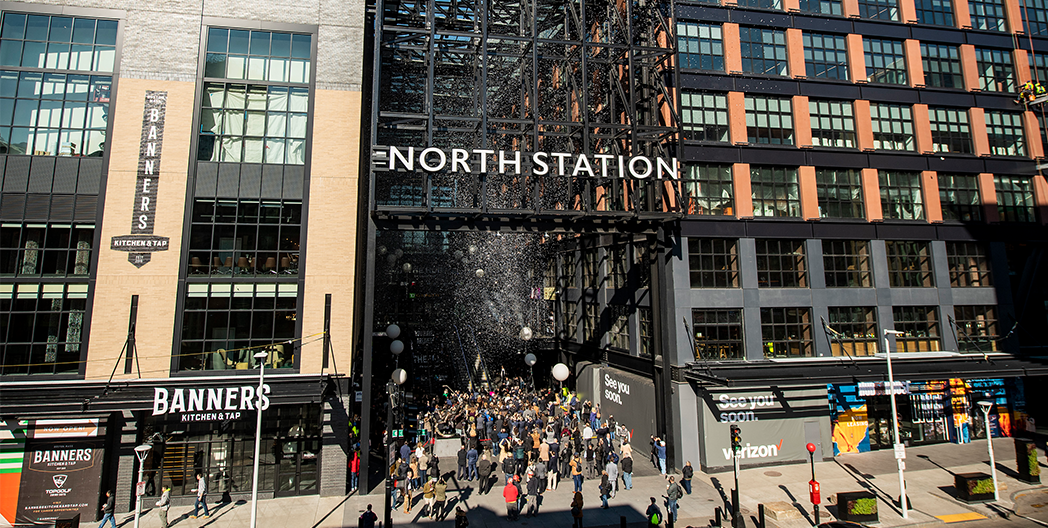 The Hub on Causeway groundbreaking was in January 2016, and the project was constructed in three phases. Today marks the completion of Phase I and II, which includes:

· ProShop powered by ’47 | The official team store of the Boston Bruins and Boston Celtics.

· Hub50House | A residential tower including 440 luxury units in a 38-story tower.

· TD Garden expansion | A legendary transformation of the 24-year-old arena, with an additional 64,000 square feet of expansion spaces on floors 3-9.

· North Station pedestrian connector tunnel | A covered, underground connection from the commuter rail to the subway at North Station.

Phase III consists of a 31-story office tower with approximately 630,000 square feet. It is expected to be completed in 2021. Verizon is the anchor tenant with 17 floors of office space.

Boston Properties manages all development aspects of The Hub on Causeway. Delaware North is owner and operator of TD Garden. The project is being constructed by John Moriarty & Associates. Architect for the commercial spaces is Gensler. The architect for the residential building is Solomon Cordwell Buenz. Le Messieur is the structural engineer, Cosantini is the MEP, and VHB is the civil engineer. Copley Wolff Design Group were the landscape architects.